In the crisis where everything seems to have been frozen to a standstill, this short trip truly made me appreciate the continuous hard work these fearless leaders are putting day in and day out to make sure that Daytonians don’t suffer. 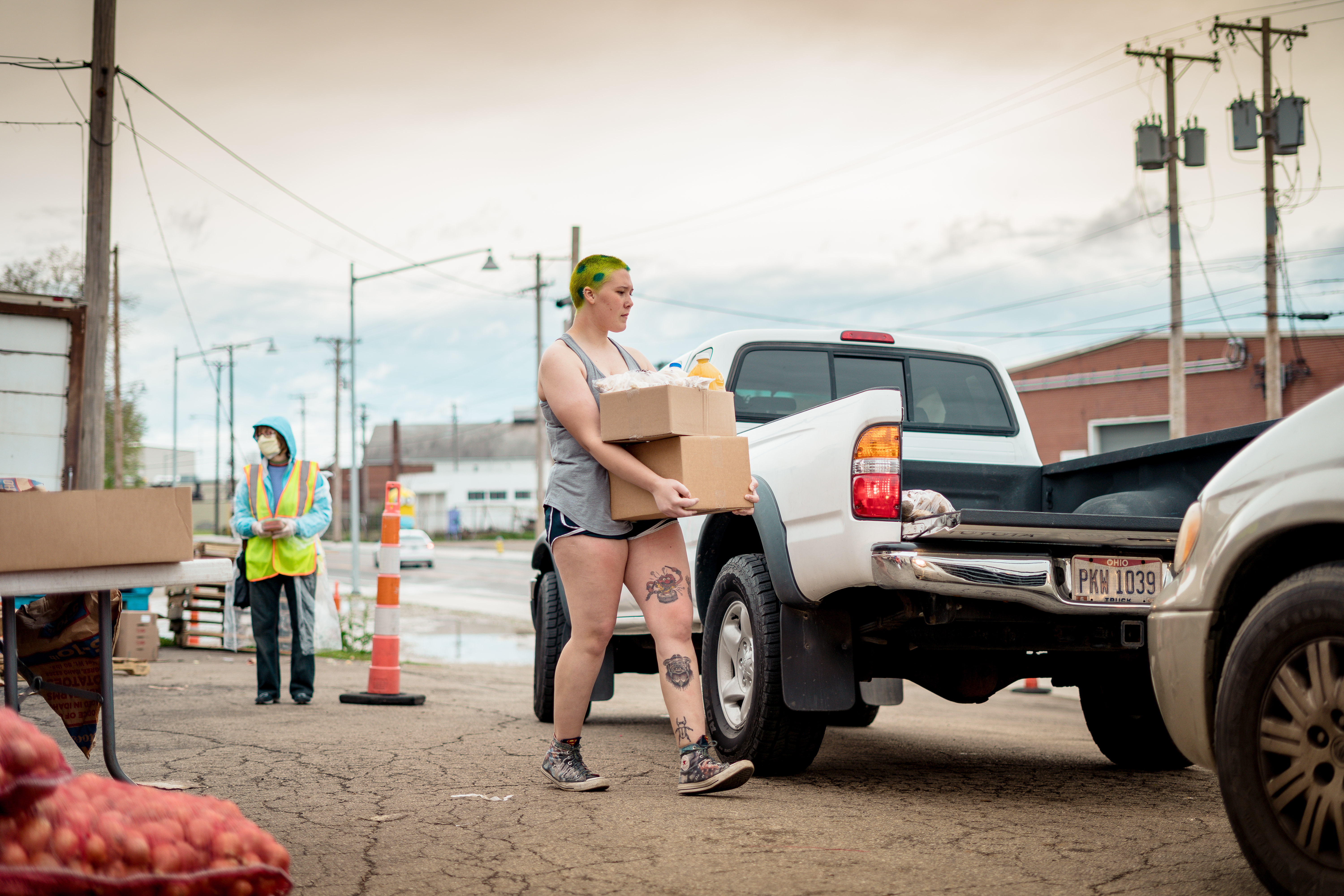 With the progression of Final’s week, the assignments at The Guardian were lagging a little behind. Since I am already done with the coursework, I took the liability of completing the final photo assignment for the semester. The objective was simple, to capture a picture of a food pantry. As I was doing my research on different pantries, one place immediately caught my attention and I was on my way to a mobile food pantry called With God’s Grace.

As I parked in, there was a line of at least 30 cars waiting for their turns and many with families of 3 or more.

I got lucky as one of the first people I photographed was the founder of the food pantry itself, Nicole Adkins.

She was constantly giving instructions to people and also helping out by loading the food in the cars, which never stopped coming in. Nicole was kind enough to take a moment to show me around and explain their operation to me.

As she started describing things to me, it became clearer to me how much the pantry means to her and the teams of dedicated volunteers working. Nicole started the pantry from her own home about five years back and has worked very hard to advance the pantry services to form partnerships with people and businesses to keep pace with the increasing needs.

In 2018 alone, they had served about 125,000 people. As I was processing all that information, I got to witness so many smiling faces drive by, say hello to me and the joy in people’s eyes really made me feel so pleased that I could be there.

We then proceeded to go inside where the storage was and there, we met her husband, James Adkins, who was operating a forklift and moving boxes. He saw my badge and immediately started to describe the meaning of Sohan in Turkish and expressed how much he enjoys learning new languages.

I ended up teaching him some Hindi and he reciprocated by educating me with some Spanish.

With God’s Grace has partnered up with Wright State and they are hosting a mobile food pantry in Lot 4 today from 10 a.m. to 2 p.m.

They are expecting over 1200 students to take advantage of the food distribution program and help them during these difficult times.

In the crisis where everything seems to have been frozen to a standstill, this short trip truly made me appreciate the continuous hard work these fearless leaders are putting day in and day out to make sure that Daytonians don’t suffer.