On April 6, Hamilton County Judge Alison Hatheway put a temporary block on Ohio Senate Bill 260 as part of an ongoing movement in the state to overturn the bill.

The bill was put into effect at the end of 2020 to stop women from having access to medicinal abortions through telehealth services.

On Dec. 17, 2020, the Ohio Senate passed Ohio Senate Bill 260 with a 54-30 vote, which would institute felony charges for any medical provider found issuing medication abortions via telemedicine.

“Telemedicine medication abortion (TMAB) allows patients to take a series of two pills from home to complete the abortion, under the care of a medical professional from a distance,” University of Pittsburgh School of Law writer Amelia Rude said in a brief breakdown of the ruling.

The primary medication prescribed for medication abortions is called RU-486, more commonly known as mifepristone. Mifepristone is meant to be prescribed within 70 days of a woman’s last menstrual cycle, and the patient is meant to follow up with their healthcare provider in one to two weeks to make sure there were no complications.

“It appears that the U.S. Food and Drug Administration (FDA) requires mifepristone to be dispensed in clinics, medical offices, and hospitals by or under the supervision of a certified healthcare provider,” Ohio Senator Matt Huffman said in an Ohio Senate Final Analysis on April 12.

Women in Ohio prior to the bill would have an in-person visit at the Cincinnati, Cleveland or Columbus Planned Parenthood locations before they have a second virtual visit with a local doctor at least 24 hours late to be prescribed mifepristone.

Before Judge Hatheway granted the block on April 6, Planned Parenthood of America, as well as affiliate locations throughout Ohio, began filing lawsuits against the Ohio Department of Health earlier this month.

“Ohio is one of the most medically underserved states in the country, a problem particularly felt by black communities, people of color, as well as the LGBTQ+ community in our state,” President and CEO of Planned Parenthood of Greater Ohio Iris Harvey said in a recent statement.

On April 19, both the Ohio Health Department and Planned Parenthood will be able to present their sides in court.

As of April 20, a preliminary injunction has been granted on Ohio Senate Bill 260, meaning that telemedicine abortions will be permitted in Ohio while the trial to determine if the bill should be overturned continues.

“We’re pleased the judge saw through this blatant attempt to single out and attack abortion access and barred the law from taking effect while the case is ongoing,” Resident and CEO of the Planned Parenthood Southwest Ohio Region Kersha Deibel said in a public statement.

One of the main arguments presented in court thus far has pertained to the risks that come with medicinal abortions, and whether or not administering them from home would be safe; however; it has been stated that many of the potential risks of medicinal abortions do not present themselves until around the timeframe the patient would be seen for an in-person follow-up (7-14 days).

The trial is set to continue with no projected end date provided. 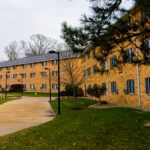 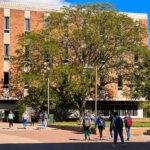