The Netflix series “DAHMER – Monster: The Jeffrey Dahmer Story” is a graphic detailing of a notorious serial killer Jeffrey Dahmer, who murdered seventeen people between the 1970s and 1990s. Director Ryan Murphy’s series shines light on victims in this chilling dramatization of those events.

Jeffrey Dahmer, played by Evan Peters, was born May 21, 1960 and raised in Milwaukee, Wis., and despite the savagery of his crimes, has gained a lot of attention in recent years. The case of Dahmer dates back to the late 1970s but has recently redeveloped traction after Netflix released the ten-episode limited series.

Coupled with the popularity of the ‘true crime’ genre, “DAHMER” quickly became the second most viewed show on Netflix upon release.

The show covers Dahmer’s childhood to try and help viewers understand where and why these ‘compulsions’ (as Dahmer would call them) to do such unspeakable things came from.

Viewers ask themselves tough questions, such as “Was it something in Dahmer’s childhood that led him to commit these horrific crimes, or was he imprisoned by his genes, with irresistible compulsions to kill?”

However, just like all television villains, the creators made Dahmer a three-dimensional character. The show weighs on our minds by showing the more ‘human’ side to Dahmer, such as wholesome moments between him and his father, such as when they went fishing together.

Netflix was not required to consult victims’ families before production as the events are public records, but families have commented that the show ‘retraumatized’ them.

If less interested in a dramatization and more intrigued by a documentary on the case, Netflix also recently released “Conversations with a Killer: The Jeffrey Dahmer Tapes,” including raw footage from interviews with the killer behind bars. 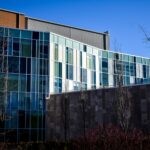