The original interest group, Advocates for Cultural diversity and Excellence, began with an email from Seara Kim, former ACE president, asking a simple question: Who is interested in being a part of an Asian-interest group?

Current President Kate Jones answered this call to action to join, and ACE was officially recognized as an organization in March of 2019.

Honaker said that ACE played a “vital role” in advocating and promoting diversity inclusion at WSU. Even so, members wanted to be something deeper than simply another cultural organization.

“There are cultural groups on campus. There’s [Asian Student Association] and [Indian Student Association], that kind of thing. But that’s a little bit different from Greek life. Greek life is for life, those friendships or relationships you build, it goes beyond college. And not to say that you can’t do that with other cultural groups, but in a sorority, it’s much more emphasized,” Jones said.

Although ACE is not directly affiliated with Kappa Phi Lambda, many of its members became the charter class of the sorority.

Even before Kappa Phi Lambda was officially chartered at Wright State, ACE was already impacting Greek life at WSU.

“For our fraternity and sorority community, they shined a light on where there were some things the chapters could work on and how inclusive they were and the language that they used. So I think that was a really positive thing. Because sometimes you don’t know until someone points it out,” Keucher said.

Cultural diversity was an especially evident pillar for ACE.

ACE often appeared at events such as Asian Culture Night where members educated students on their organization and the various aspects of Asian culture. Sisterhood also grew within ACE, even before it was an official sorority.

“A lot of the girls, including me, were really, really quiet at the beginning. We didn’t talk a lot. So, it’s been really great to see how we’ve all grown together. A lot of us have gotten more confident and a lot of us have taken on leadership roles we hadn’t expected to. So in that respect, just seeing how being part of ACE has helped us grow is really important to me,” Jones said.

“If I ever need help or someone to talk to, my sisters are there no matter what. Throughout our journey, there have been many hardships but we got through it together,” Hinton said. 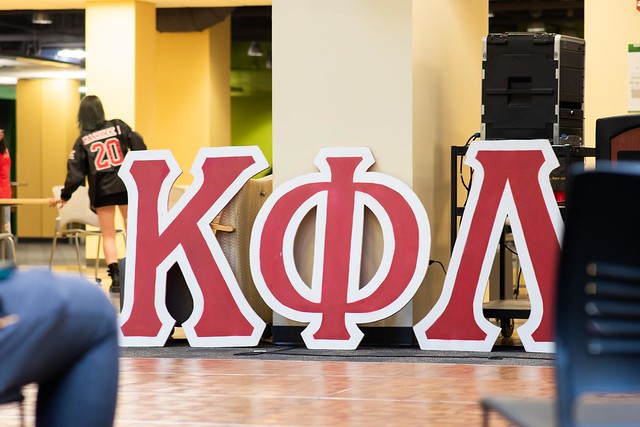