Wright State University (WSU) Track and Field finished up the regular season this past week with the Grizzly PR classic, the Gina Relays and the Redhawk Invitational.

The Raiders finished fourth out of eight in Oakland, with 18 top 10 finishes across all events at the Grizzly PR Classic, led by a 4×100 meter relay with a time of just over 50 seconds.

The Gina Relays had a sixth-place finish by Shelby Nolan in the 5000-meter championship, along with a 12th place overall finish for WSU.

In the Redhawk Invitational, a 4:13 in the 4×400 relay and big performances in sprints earned the raiders four top 10 finishes on the track, and a personal best in triple jump with another personal best in the high jump gave them 10 top 20 finishes as well.

Coming in at your best

The team’s times are still getting better coming into the HL Outdoor Championships.

A star playing is freshman Callista Hess. Along with a second-place finish at the Grizzly PR Classic in Triple Jump, she earned a personal best in the triple jump and in the high jump on the same day at the Redhawk Invitational.

Fellow freshman Alicia Neumeier also turned a personal best at the Redhawk Invitational, with a 4:42 in the 1500 meter.

Senior Shelby Nolan recorded her fastest time for WSU at the Gina Relays and will continue to improve coming into the Horizon League Championship.

For the entire team, its recent fourth out of eight finish at the Grizzly Invitational, as well as second at the Cherry Blossom Invitational on April 10, have been their best finishes over the entire season.

Look to the relays

Coming into the championships, the Raiders will most likely look to their relays for the best possible result.

The 4×100 relay of Morgan Miller, Kayle Willis, Jayla Tarver and Cameron Campell finished fourth at the Grizzly Invitational with a time of 50.61.

The 4×400 relay of Neumeier, Alycia Ruhlen, Emma Carr and Lauren Shuman also got a fourth-place finish, this time at the Redhawk invite with a time of 4:13.33. 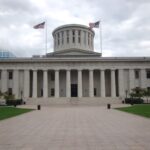 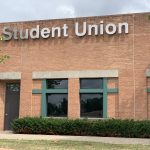