The Wright State University Men’s Basketball team came in and took care of business Wednesday evening at UD Arena. They defeated the Bryant Bulldogs 93-82 after an explosive performance on the offensive side along with solid rebounding throughout the game.

Tanner Holden had a lights-out performance for the Raiders, scoring 37 points along with 11 rebounds. He was one point shy of his career-high and put up the third-most points in First Four history. WSU featured two other double-digit scorers in Grant Basile and Trey Calvin.

“This is a lifetime moment for these guys and for me too,” Head Coach Scott Nagy said.

To make the victory even sweeter, Raider fans were able to make the short, 12-mile drive to UD to witness their team achieve this historical accomplishment; the fans made their presence known from start to finish.

“It was pretty neat to get the first one for our school in our backyard. That makes it pretty special,” Junior forward Grant Basile said.

The Raiders will take on the #1 seeded and champions of the PAC-12, the Arizona Wildcats, in round 64 on Friday evening in San Diego. This will mark the first time Coach Nagy competes against a #1 seed in his coaching career.

The Wildcats are the second most favored team to make the Final Four in this year’s tournament. Arizona is the tallest team in the nation with an average height of six feet six inches. This is a very young yet dominant group.

However, the Wildcats are also the least experienced team in the nation in tournament play with one another and lack depth on their bench.

Keys to success for WSU

The Raiders will need to continue their dominant rebounding to stay with Arizona. Wednesday, the Raiders outrebounded the Bulldogs by 10. Being at a height disadvantage, it is imperative for WSU to crash the boards.

The defensive play of Tim Finke will be one of the many deciding factors in tonight’s matchup. Finke held Peter Kiss, the nation’s leading scorer, to 11-25 from the field and was disruptive to Bryant’s offensive play.

WSU looks to become the second team in NCAA history to take down a #1 seed as a #16 seed.

The Raiders look to shock the world tonight and keep their dance alive in the tournament. Tipoff is set for 7:27 p.m. at Viejas Arena in San Diego.

WSU will be holding another watch party in the Student Union Market tonight for fans to cheer on their team closer to home. 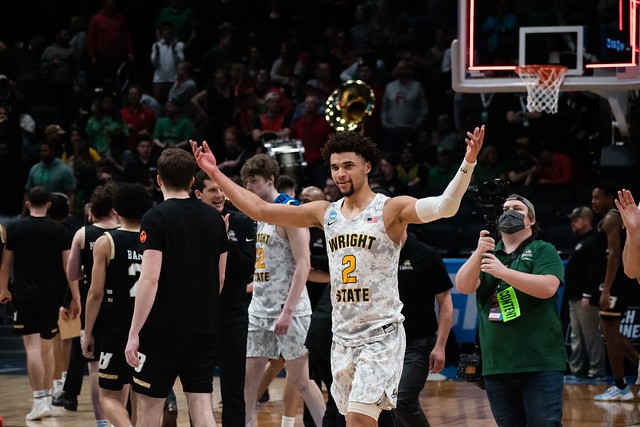